Passage through the criminal justice system can be an intimidating confusing and frightening process. Mr. McKenzie will take the time to guide you through the legal process. Whether you are charged with a misdemeanor or a felony, involved in a complicated conspiracy case or a facing a first time traffic violation, Mr. McKenzie will patiently explain the procedures, possible consequences, and available legal options in your case.

Mr. McKenzie is a guest lecturer at local colleges and universities where he mentors law students on selecting the area of legal practice that is best suited for their particular skills. He also teaches students, as well as other attorneys, how to successfully start their own law firm. Mr. McKenzie is also a motivational speaker; his speeches primarily focus on social issues faced by teenagers and college students.

Joseph C. McKenzie is a proven trial lawyer who will fight for you in and out of the courtroom. He returns calls promptly and is available to answer your questions, no matter the time of day. Please call us today to schedule a consultation. 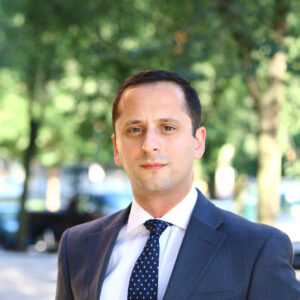 Payman Tehrani is a civil litigator and criminal defense lawyer. Mr. Tehrani has successfully tried and settled hundreds of cases in the Maryland and Washington, D.C. state and federal trial courts. He is well regarded for his zealous representation, perseverance, knowledge, and creativity in resolving his client’s legal problems. Mr. Tehrani’s unique background and diverse legal experience allow him to effectively represent his clients.

Mr. Tehrani is a graduate of the University of Baltimore School of Law wherein he was the Managing Editor of the University of Baltimore’s Journal of Environmental Law. While in law school, Mr. Tehrani served as the judicial intern to the Honorable Alexander Williams, Jr., now retired District Court Judge of the United States District Court for the District of Maryland. After graduating from law school, Mr. Tehrani served for two (2) years as the judicial law clerk for the Honorable Ann S. Harrington, the Administrative Judge of the Montgomery County Circuit Court and the Sixth Judicial Circuit. Mr. Tehrani is licensed to practice in the state of Maryland and the District of Columbia.

Prior to co-founding the Law Offices of McKenzie and Tehrani, LLC, Mr. Tehrani was a former Assistant City Attorney for the City of Rockville. In that capacity, Mr. Tehrani represented and provided legal counsel to the City of Rockville’s Mayor, Council, City Manager, employees, and the police department. He handled a wide variety of City matters including, but not limited to, zoning and land use issues, contract disputes, construction disputes, labor and employment matters, infrastructure issues, and zoning and property maintenance violations. Given this experience, Mr. Tehrani is not only well versed in handling multifaceted issues involving complex parties, but also in navigating the bureaucratic framework of municipal governments and other complex entities.

OUR REVIEWS SPEAK FOR THEMSELVES.

Let our experience and dedication work for you.